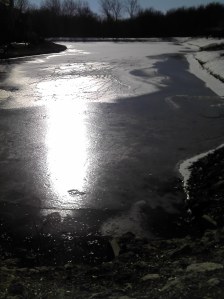 I had a discussion with my husband this morning about Proverbs 10:4; “Lazy people are soon poor; hard workers get rich.” NLT. Let me also add the KJV from the Expositor’s Study Bible: “He becomes poor who deals with a slack hand: but the hand of the diligent makes rich.”

One of the things that I love about my husband,  and there are several, is  when I want to talk about the Bible, he’s all ears. Today I got a little stuck on the words lazy and slack. I’ve never considered myself a lazy person or as some would say, a slacker. As a matter of fact, I have often received comments saying just the opposite.

But, when I became somewhat disabled over this past year with my health, I found myself on the couch more often; much to my disapproval, that’s where I was. I’ve always been ane that moves and grooves. I’m a list maker; a list checker; and a very task oriented person. It makes me feel good when I can cross things off my list but when I have anything left over for tomorrow, it greatly bugs me.

So back to my discussion with my husband, I shared with him that I feel like a slacker in God’s eyes right now. I’m not working as much as I was. I’m not contributing as much financially to the household, I’m not as active around the house and most days when I am home, I need to put my feet up and rest for a spell.

We re-read the KJ version again and in parentheses it read, (The words, “slack hand,” actually mean “deceitful hand.”) Whew, that counts me out! I’m not deceitful! I’ll get back to that statement a little later.

My husband reminded me that I’ve been called to work part-time for medical reasons and more importantly, because God has called me to do so. You don’t mess around with God’s calling. In being obedient to this new unfamiliar call, it’s been a big struggle financially. But, if I may confess to something here, I would not be home, following God’s direction if I had not been so sick over this past year.  I would still be working full-time, missing the many blessings that He has delicately slowed me down to receive, and I’ve had numerous opportunities to encourage and share my story with others that have needed it.

Lazy? No, I’m still doing God’s work. I’m still spreading His Word; encouraging others, praying for others, writing, and having diligent hands around the house when possible.

Back to the word deceitful; I ask myself; Am I? I most certainly can be at times.  There are times that I don’t want to listen to someone and maybe not reach out to someone or even pray for someone. Ouch! That really hurts to admit. I guess in some ways I am lazy/deceitful in spirit. I guess when I have that type of attitude I really am not doing enough for the kingdom and for others. There is good news in this though because I don’t have to. I’ll never be able to do enough or be enough and that’s okay because JESUS DID IT ALL so that I don’t have to. I don’t have to live condemning myself. Just because I was once called to full-time employment, doesn’t mean I am now. There are seasons of our lives that dictate what we need to let got of or cling onto and God has put me in the slow-down-pay-attention-to-God season. You are not being lazy, please hand over the load.

God, I want to thank you for this day; the sunshine, the ability to get out and walk and the ability to have the time to reflect on my blessings. I thank you that I don’t have to be  enough to be loved in your eyes. I am enough however you have created me to be. For those who might not get that, speak to their hearts and show them their significance in You.

2 thoughts on “Hand Over the Load”