Sticks and stones may break my bones, but words can never hurt me…
UNLESS…
They are all over Social Media.

I’ve seen so many posts on Facebook where people are taking a break due to upsetting or retaliating posts. I have personally experienced this sort of cyber tongue attack more than once and unfortunately from the same group of people.

Before I began writing, if I felt I was being attacked, I would just sign off of social media for a bit, cool down before returning. Now that I’ve built my own social platform I refuse to miss out on all of the good stuff on Facebook, including family pictures.

When you know someone or perhaps a group of people who are attacking you on social media, what do you do? I just simply delete them and block their negative cyber tongues from my life.

God’s Word tells us in James 3:2 We all stumble in many ways. If anyone does not stumble in what he says he is a mature man who is able to control his whole body. Skip down to verse 5: So too, though the tongue is a small part of the body, it boasts great things. It pollutes the whole body, sets the course of life on fire and is set on fire by hell. (HCSB)
Our tongues have such power in them. We can encourage or discourage. We have a choice and most often we make the mistake of falling into saying the wrong words.

I’d like to say that I didn’t have my own set of comments regarding my Facebook catastrophe, because I did. However, I wrote out my anger and pain in my own private journal. No other eyes saw it! They remained between me and God.
Please do yourself and others a favor, keep your harsh, hurtful, and hateful comments off of social media. If you are unable to address the situation personally, then go write it out somewhere else. 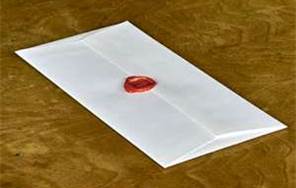 2 thoughts on “The Cyber Tongue by Beth Farley”